Since 2018, the Levitt AMP Woonsocket Music Series, presented by NeighborWorks Blackstone River Valley, has ushered in a new chapter for the River Island Art Park in the heart of the city. Home to over 40,000 people and a multicultural melting pot just minutes from Providence, Woonsocket has fully embraced the Levitt AMP Music Series, sparking renewed life for the once underused green space, new collaborations with neighborhood groups, and inspiring new businesses to open in once vacant storefronts downtown. The 2023 series promises to continue the tradition of being a welcoming gathering place for the entire community.

Presented by the NeighborWorks Blackstone River Valley, a nonprofit community development corporation that works to enrich neighborhood life throughout Northern Rhode Island, in partnership with the City of Woonsocket and the Downtown Woonsocket Collaborative. 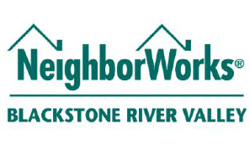