The Mortimer & Mimi Levitt Foundation is a private family foundation founded in 1966 by Mortimer and Mimi Levitt to support the arts, culture and education. Today, through its commitment to creative placemaking, the Levitt Foundation supports the activation of underused public spaces, such as neglected parks, vacant downtown lots and former brownfields, into welcoming destinations where the power of free, live music brings people together to create equitable, healthy and thriving communities. Having made his fortune through the fashion menswear company he founded, The Custom Shop, Mortimer was an outspoken advocate for the arts and dedicated philanthropist. The Levitt family was the primary benefactor of the original Levitt Pavilion in Westport, Conn., which opened in 1974 and transformed the town dump into a community gathering space for free outdoor concerts.

In 1999, the continuing success of the Levitt Pavilion in Westport inspired Mortimer to lay the groundwork for a national network of Levitt venues, so communities across the country could come together through the shared experience of free concerts under the stars. When Mortimer was 90, he sold his company (which included 70 Custom Shop retail branches nationwide) and transferred the proceeds to the Mortimer Levitt Foundation for the purpose of helping communities across America establish their own Levitt venues. He later passed on the reigns of the Foundation to his daughter, Liz Levitt Hirsch, to oversee its venture philanthropy program. Over the past two decades, Levitt’s venture philanthropy model has expanded to become a national network of Levitt venues and Levitt AMP concert sites, each creating positive social impact and vibrancy in their communities. Mortimer’s long held belief that all people, regardless of their socioeconomic circumstance, should have access to the joy of free, outdoor music continues to inspire the work of the Foundation.

Both Levitt venues and the Levitt AMP [Your City] Grant Awards are community-driven and focus on transforming underused public spaces into thriving, inclusive community destinations where all feel welcome. Since 2003, grants totaling more than $20 million from the Levitt Foundation have supported Levitt venues and Levitt AMP concert sites across the country. To date, the Levitt Foundation has supported the development of nonprofit Levitt venues in nine cities, with four additional venues in development, and has provided funding to nonprofits presenting the Levitt AMP Music Series in 38 small to mid-sized towns and cities. 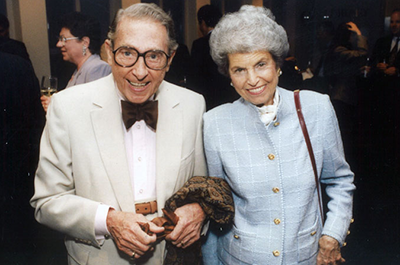 The work of the Levitt Foundation also includes research, sharing Levitt’s impact and learnings with the field and at cross-sector convenings, and ongoing conversations with civic leaders and communities nationwide on the role of creative placemaking and arts investments to elevate overall well-being and create positive social and economic impact.

As the Levitt program evolves, the fundamentals remain based on Westport’s organic beginnings. Both Levitt Pavilion venues and the Levitt AMP [Your City] Grant Awards are community-driven and focus on transforming neglected public spaces into thriving community destinations where all feel welcome. 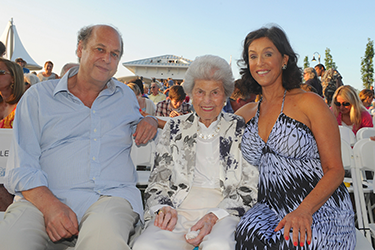 With the success of The Custom Shop, New York-based Mortimer and Mimi Levitt begin spending their summers in Westport, Connecticut. In the coming years, their family grows and so does their embrace of philanthropy, leading to their support of a community-driven project in Westport that sets the stage for a big idea. The Levitt Foundation is created by philanthropists Mortimer and Mimi Levitt to formalize their support for the arts, culture and education.Share

Residents of Westport, Connecticut, transform the site of the town dump into a new community gathering space to enjoy free outdoor concerts, named the Levitt Pavilion in honor of Mortimer and Mimi’s support of the project.Share

The continuing success of the Levitt Pavilion in Westport, which evolved to present 50 free concerts each summer, inspires Mortimer to sell his company and transfer the proceeds into the Foundation, laying the groundwork for a national network of outdoor Levitt music venues.Share

Birth of the Levitt Network

The success of the Levitt Pavilion in Westport inspires an effort to bring free music under the stars to communities across the country.

Mortimer launches the Foundation’s venture philanthropy model of public-private partnerships with his daughter, Liz Levitt Hirsch, leading the charge to bring the power of free, live music to communities coast to coast.Share

As the first venture philanthropy project of the Levitt Foundation, Levitt Pavilion Pasadena brings vitality back to Memorial Park, which for years prior was largely abandoned and a magnet for crime, through high-caliber music programming.Share At the age of 98, Mortimer Levitt passes away at his home in Westport, Connecticut.Share

Building upon the neighborhood’s diverse cultural assets, Levitt Pavilion Los Angeles sparks the transformation of the city’s historic MacArthur Park from a place notorious for criminal activity into a safe and welcoming destination for the community to come together.Share

Levitt Shell Memphis revitalizes the iconic yet dilapidated WPA-era Overton Park Band Shell where Elvis Presley made his professional debut into a restored destination for the community to once again enjoy music under the stars.Share

Built from the ground up across from City Hall, Levitt Pavilion Arlington quickly becomes the “crown jewel” of the city’s downtown revitalization efforts, attracting audiences from throughout the metro and sparking the creation of a new cultural district.Share

Inspired by the social and economic impact of Levitt venues, the Foundation enters a chapter of growth, professionalization, and deepened dedication to creating dynamic public spaces and stronger, more connected communities through free, live music.

The Levitt Foundation hires its first full-time employee, Sharon Yazowski, who is charged with professionalizing the organization, building its structure, and guiding the strategic growth of Levitt programs nationwide as its founding executive director.Share

Located at the base of the awe-inspiring Bethlehem Steel blast furnaces in what was once one of the nation’s largest brownfields, Levitt Pavilion SteelStacks celebrates the rebirth of this Rust Belt town as a music and cultural destination.Share Building on Dayton’s rich history of innovation and commitment to inclusivity, Levitt Pavilion Dayton is a hub of community activity while serving as the cultural centerpiece to the “Gem City’s” downtown redevelopment strategy.Share At the age of 97, iconic patron of the arts and historic preservation, Annemarie “Mimi” Gratzinger Levitt, passes away at her home in New York.Share

Known locally as “Levitt at the Falls” Levitt Shell Sioux Falls transforms an underused portion of the city’s namesake park, Falls Park West, into a welcoming destination that celebrates the community’s growing diversity and inclusive spirit.Share Continuing our partnership with Slover Linett Audience Research, the Levitt Foundation co-releases “Listening to the Music of Community Change,” the third part of a community impact study building upon research first published in 2016. The white paper explores changing community perceptions prior to and following the opening of Levitt Pavilion..Read MoreShare

As Levitt Foundation programs continue to evolve, guiding our work is a steadfast commitment to empower grassroots change, building equitable, thriving and sustainable communities through the power of free, live music. What began as Levitt’s venture philanthropy program with two pavilions in 2003 has since grown to a national network of Levitt venues and Levitt AMP concert sites, each contributing to positive social change in their communities. In partnership with civic and community leaders across the country, Levitt venue locations in development include Houston, Fort Lauderdale, Orlando and San Jose. Our commitment to contributing to the field continues through through research, sharing Levitt’s impact on the conference stage and ongoing conversations with communities large and small across the country on the role of arts investments to strengthen the social fabric of America’s towns and cities.